Solution developed by Elipse Software optimizes the consumption of power, water, and other integrated systems in the building automation of the first business venture to achieve the LEED (Leadership in Energy and Environmental Design)

The Pedra Branca Sustainable Urbanism venture is the first project in South America selected for the Clinton Climate Initiative. The Climate Positive Development Program was launched by the former American president Bill Clinton, founder of the William J. Clinton Foundation in May 19 2009 in the C40 Cities Climate Leadership Group summit in Seoul, South Korea.

The Pedra Branca project was designed to present positive strategies for climate, working as a strong economical and environmental example to be implemented in cities. Several efforts were made to reach this goal, including investments in building automation.

In this context, integrator Engetel Automação e Segurança installed E3, supervisory and control solution by Elipse Software, in four Pedra Branca buildings in Palhoça (SC). Emphasis to Office Green because it was the first one to achieve the LEED pre-certification in the state of Santa Catarina.

Used in 143 countries, LEED is an international system for environmental guidance for buildings, granted by the Green Building Council, which was created to encourage transformation of projects, building sites, and operations, always focused on sustainability. 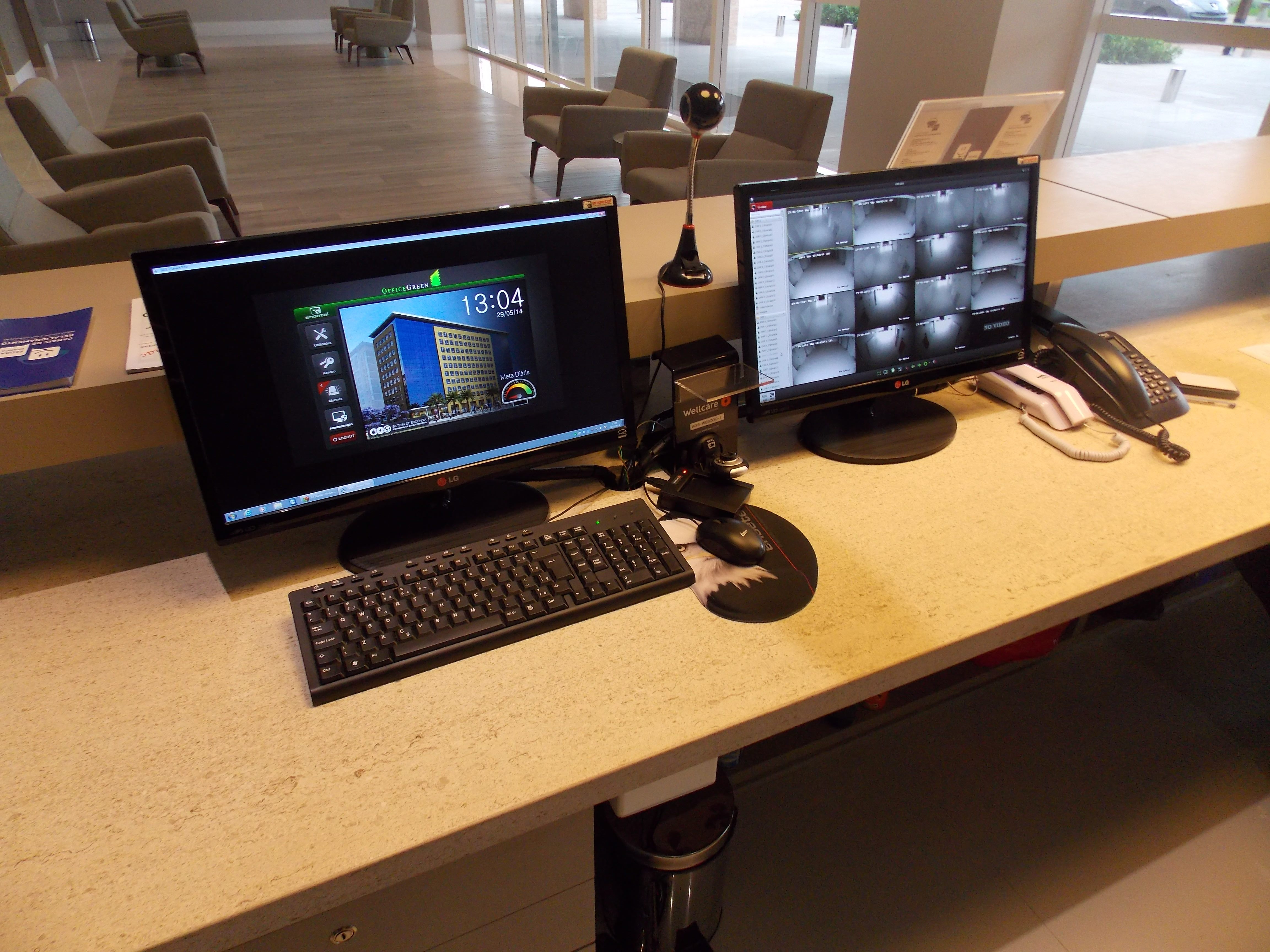 Using its screens, the software allows users to monitor power consumption in some strategic points in the project, such as elevators, exhausters, etc. The system also provides lighting control, which allows triggering a circuit and defining schedules to turn the lights on or off automatically, or else using a light sensor. Measurement of water consumption and levels

The software allows controlling the measurement of general consumption of drinking water and reusable water in the building. 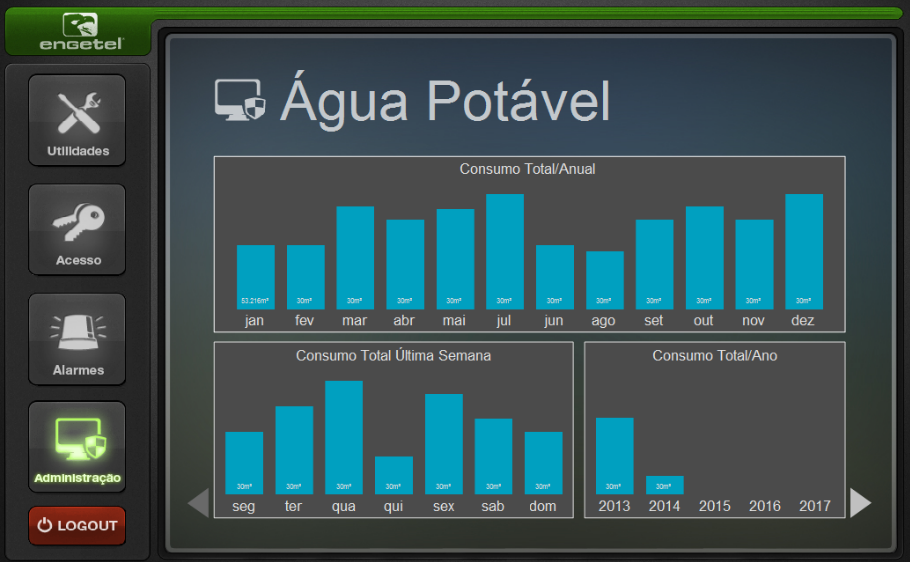 On one of its screens, it is possible to monitor the level of water accumulated in tanks and pumps. The system monitors and generate alerts operators during failure situations, such as a problem with a pump or a flood, for example. 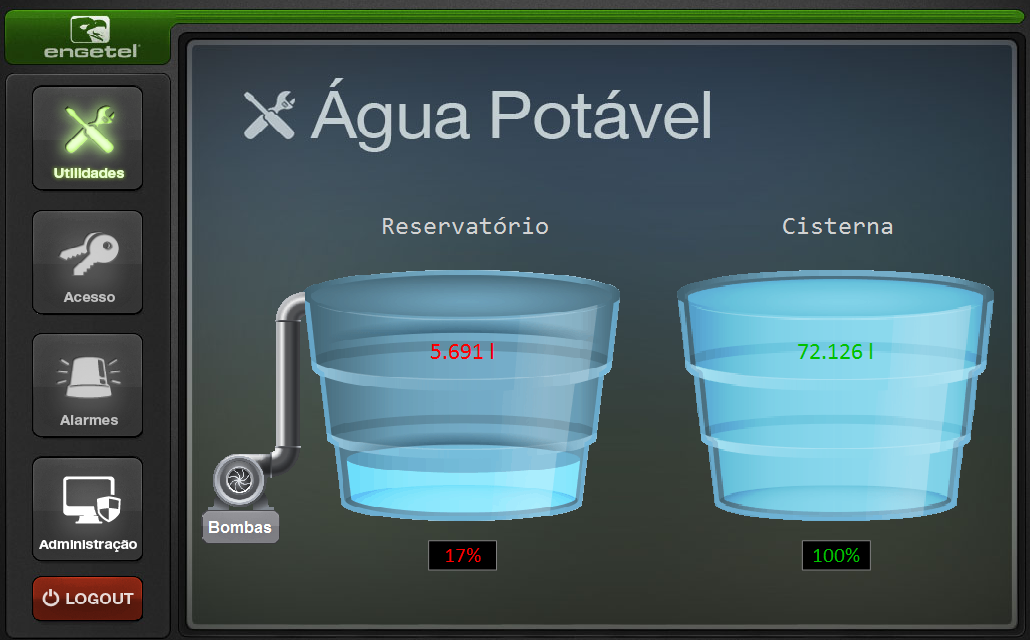 E3 commands allow turning air conditioning engines on or off on common areas of the building. Also controls the exhaustion system of the basement and the air-handling units of commercial rooms. 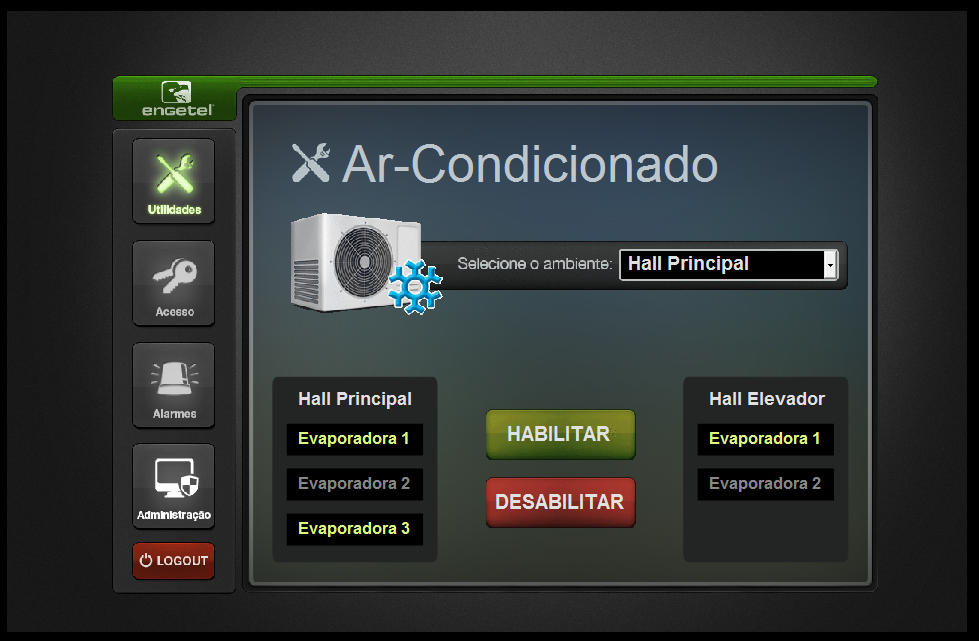 The software monitors the fire detection system, informing operators about all occurrences and what procedure is more adequate for that situation, so that all needed actions can be performed as soon as possible.

E3 provides reports that help analyzing the functionality of lighting, alarms, and climate systems, as well as the savings generated by a rational usage of power and water.