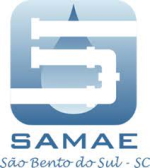 The São Bento do Sul Municipality’s Autonomous Water and Wastewater Service (in Portuguese, SAMAE) in Santa Catarina (SC), a southern state in Brazil, is the local agency responsible for supplying the town of São Bento do Sul with water and sanitation services. SAMAE currently serves all the 86,317 residents in the municipality, via 32,134 water savings and 12,025 sewage connections. 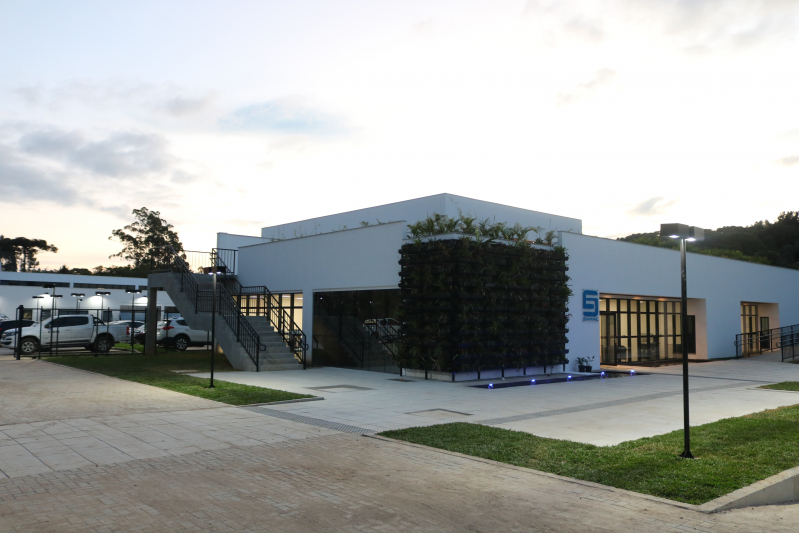 In May 2021, SAMAE São Bento do Sul opted for opening a public bid to choose a company to modernize its automation system. Having won the bid, SCL Automação proceeded to update the system, that now works with Elipse Software’s platform Elipse E3 version 5.6.

SAMAE’s goals when opting to modernize the automation was to expand the city’s telemetry points and to improve data read and write in the system. Another factor in the decision was the need for a visual interface that would conform better to both international practices and ISA-101. All these updates were conceived to support expansions and bring a new lifecycle to the system.

Currently, the Elipse Software platform communicates with 60 different pieces of equipment, among which are inverters, PLCs, macro meters, and meteorological stations. The communication takes place via Modbus RTU protocol over a radio enlace system with three distinct networks, geographically divided in order to minimize the slave equipment’s response time.

The solution provider has opted for developing a supervisory based on ISA 101 standard and on high performance standards discussed at “Methodology for Developing HMIs with High Visual Performance” (ELIPSE, 2019). Several Elipse High Performance (HP) library objects were employed to develop this application’s screens. 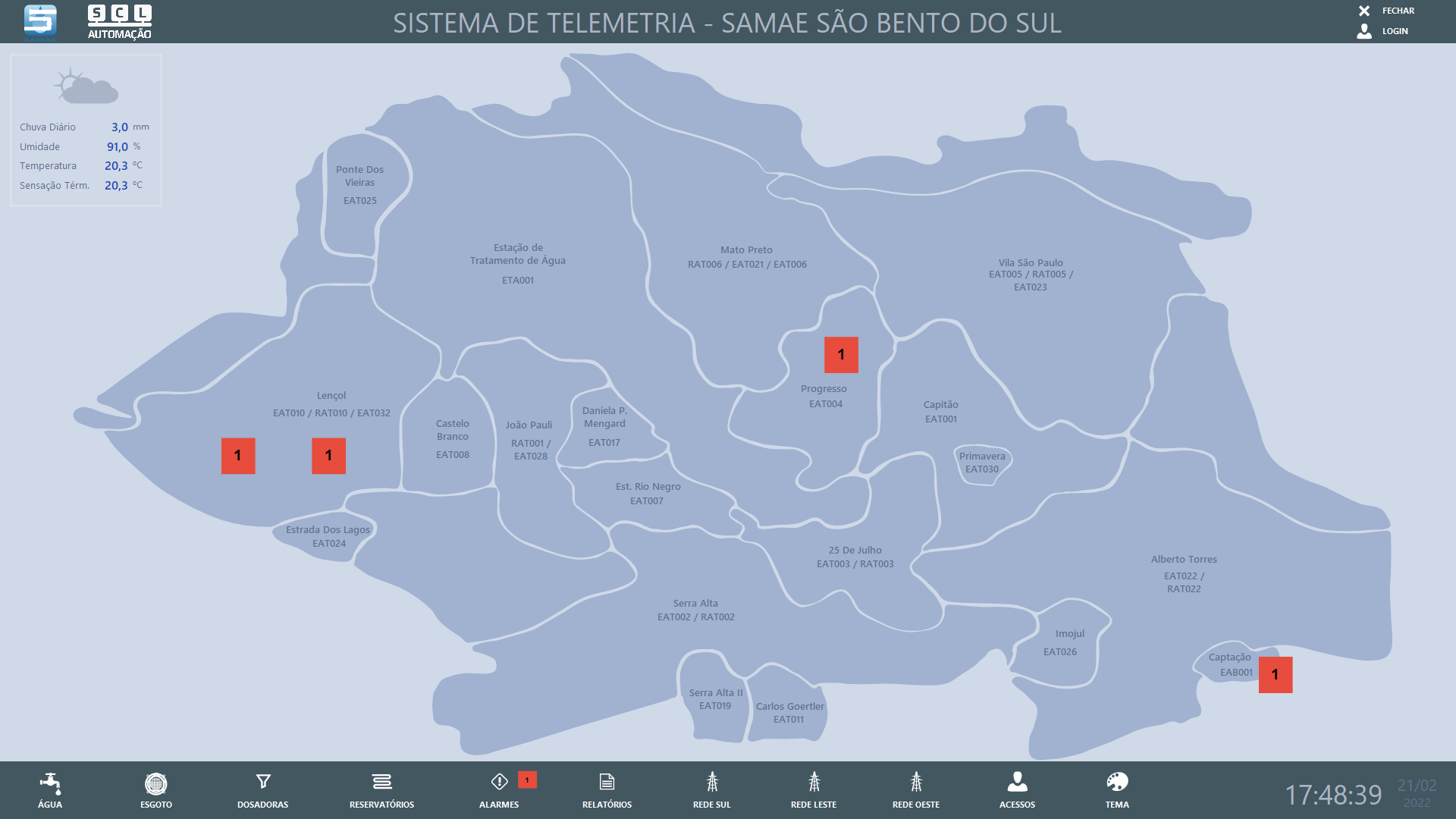 Via Elipse E3, operators can set up and control the level of the reservoirs, the flow of raw water collection, the period of pump rotation, and the pressure from the pipelines. Another highlight in the implemented system is the history data, both at the instrumentation level (by recording levels and pressure markers) and at the commands level (by displaying setups traceability as well as other actions taken in the system). 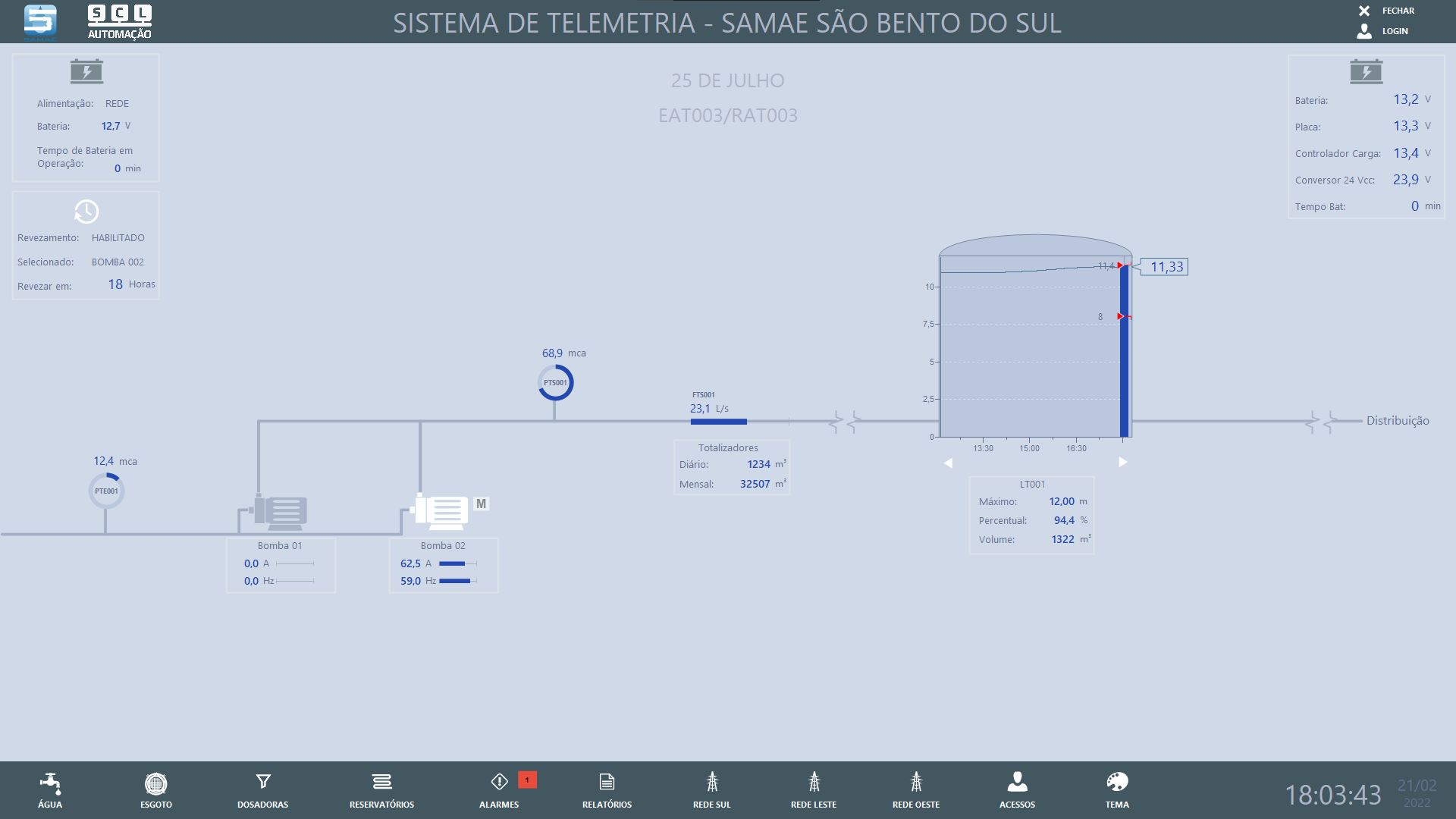 In addition to monitoring all pumps and displaying their currents, frequencies, and electrical outputs, reservoir levels and flows, Elipse E3 also features a screen with the weather forecast. With it, operators can access information about temperature (both current and projected), thermal sensation, humidity, rain level, radiation, and air pressure. This data is instrumental for SAMAE for strategically planning the daily need of water intake by the whole population and the volume of wastewater to be treated in São Bento do Sul. 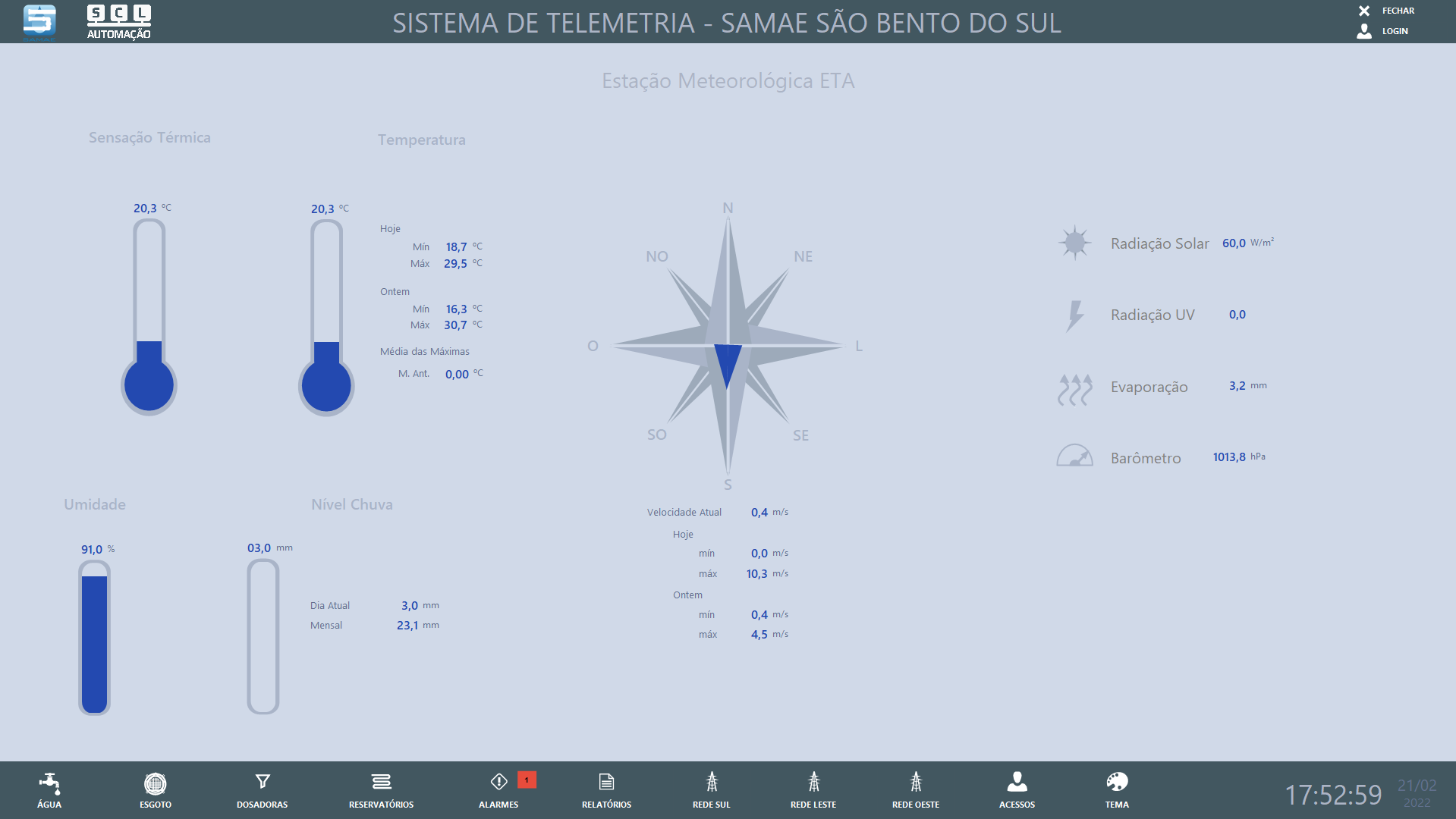 Elipse E3 also features an alarms system that alerts operators whenever a reservoir either leaks or contains an excessive amount of water. All of this, alongside better performance and faster communication between the software and the automation equipment, is what guarantees the improvement in the services provided by SAMAE São Bento do Sul.

According to Osvalcir Peters, President Director of SAMAE São Bento do Sul, the system’s modernization and Elipse E3’s newest version have greatly improved the screens’ interface and the application’s perfomance. Peters also points out the faster software connection to the automation equipment, a result of radio sectorization into three distinct areas of operation.

“Communication time that would take as long as two minutes of duration now takes only 15 seconds, which contributes to a safer, more agile decision-making process,” he says.

Another benefit brought by Elipse E3 is its database, better structured and organized when compared to the one previously in use.

Check out the list below for other important benefits obtained by SAMAE São Bento with its upgraded system and the new version of Elipse E3: