Realengo Alimentos was founded in 1982 in Turvo, a municipality in Santa Catarina, South of Brazil. The company’s mission is to provide customers with a healthy, qualified product, and its main goal is to produce rice in a sustainable way, thus playing a positive role in the development of its region and the preservation of its environment.

The Elipse E3-based solution makes for an easy, intuitive operation, displaying screens allocated per area to monitor all steps in rice processing. The system developed by Nexxus allows, among other things, activating the equipment in cascade mode; that is, when the raw material starts being processed, each device starts its operation in pre-determined time intervals, for a continuous production flow.

At the application’s start screen, users are able to choose any step in the process they need to monitor. At the first step, rice hulls are transported from storage lung silos to vibrating sieves, whose goal is to separate pure grains from any impurities. From any screen in the project (main or otherwise), operators can check if the transport route has begun; devices in green mean they are on. This is made possible due to Elipse E3’s available resources as well as to the programming developed by Nexxus. 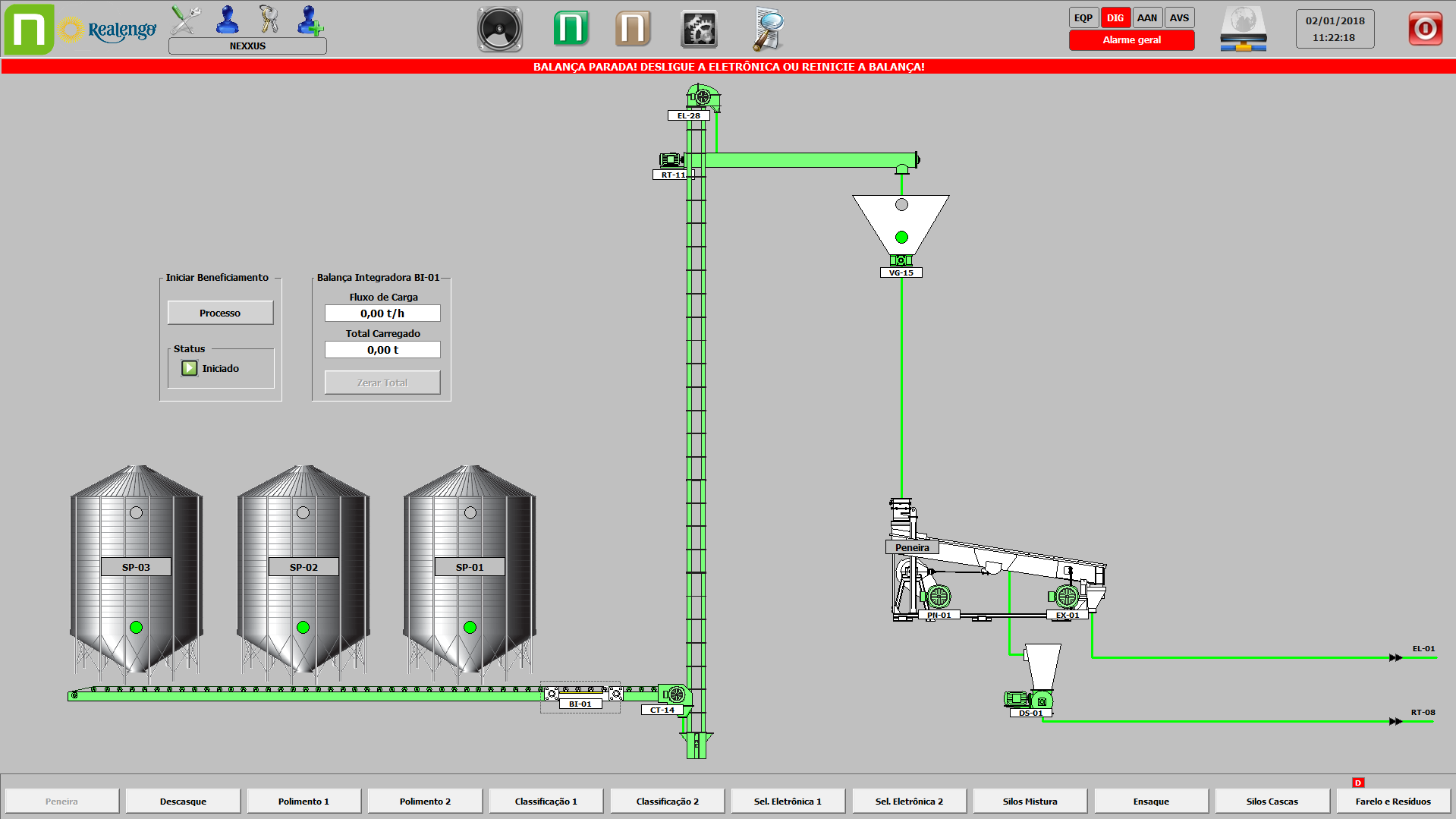 The next step is called threshing. Rice grains, known as paddies, are threshed, then separated, then threshed again successively until the process is completed. Then, a device eliminates the small rocks that still remain after the threshing process finishes. After that, the paddies go through a burnisher, where the outermost shells that protect the kernels are submitted to an abrasive action to remove them. From the burnisher, the paddies go to the polishers, where the shells are removed completely. By the end of the polishing process, rice bran, an important by-product employed in animal nutrition, is produced. After that, paddies are transported to the sorting area, where red paddies and broken rice are removed. 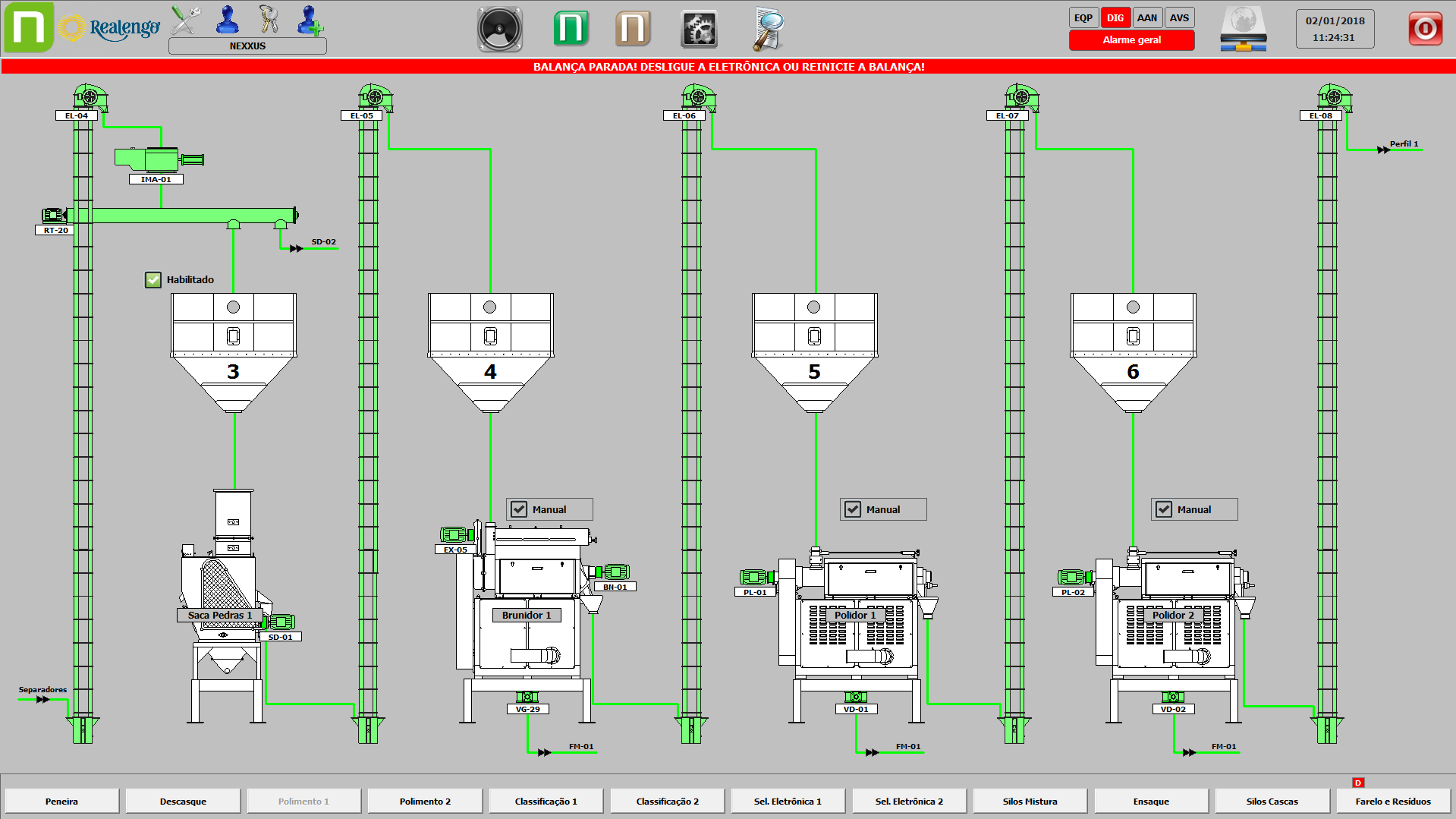 Figure 3. Next stages in rice processing

After going through the trieur, paddies are rated according to size. Then, they go through the CPRZ machine, where broken rice is removed, and then sorted out electronically. At this step, product quality is ascertained, and any broken, stained, or unsuitable product is discarded.

At the final stage of rice processing, the threshed rice is weighed at the flow scale, the broken rice scale, and the whole rice scale; this data allows analyzing the production’s output. One of the side effects of processing is that a percentage of broken paddies with great quality are generated in the productive process. In this context, the application developed by Nexxus makes sure the broken paddies are dosed properly right before packaging. 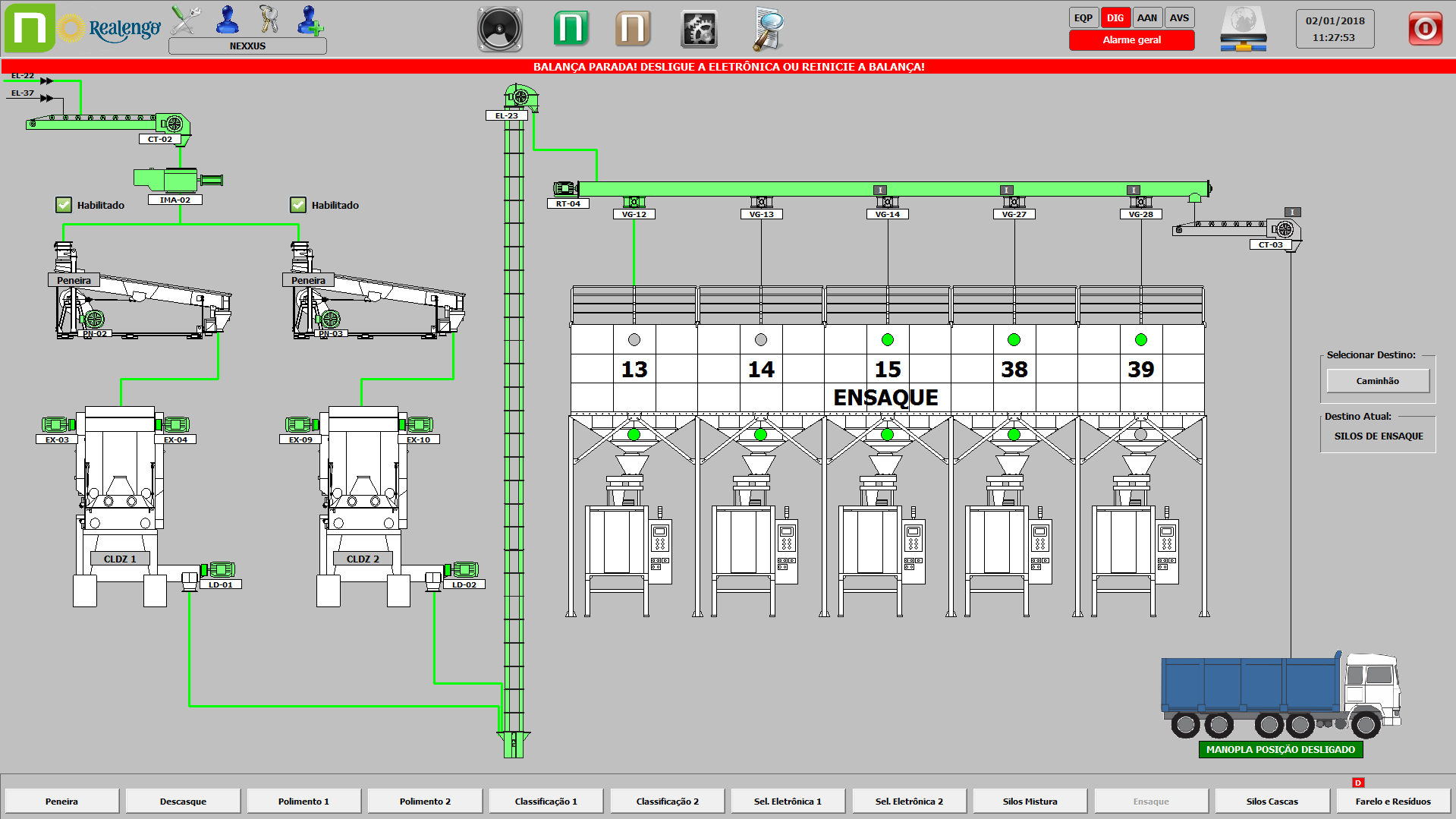 The main by-products of rice processing are hulls, bran, and broken rice. All of them are captured during production and destined to their proper storage silos for further commercialization, or then to be employed by the company in other projects. Rice hulls, for example, are reused for cogenerating energy for the Santo Antônio da Patrulha plant. As biomass, the hulls have a heating potential that, once burned in the boiler, generate steam to fuel the turbine; as a result, the plant becomes self-sufficient.

In addition to monitoring all steps in rice processing, the Elipse E3-based solution developed by Nexxus commands machines, equipment, and tools, and allows tracking and operating transport routes automatically. Should any failure take place at any point in the process, the software can fire its alarms system to notify the operators in case of anomalies; depending on the anomaly’s degree, it recommends a direct intervention in the field by the maintenance team, in order to evaluate and properly fix the issue. 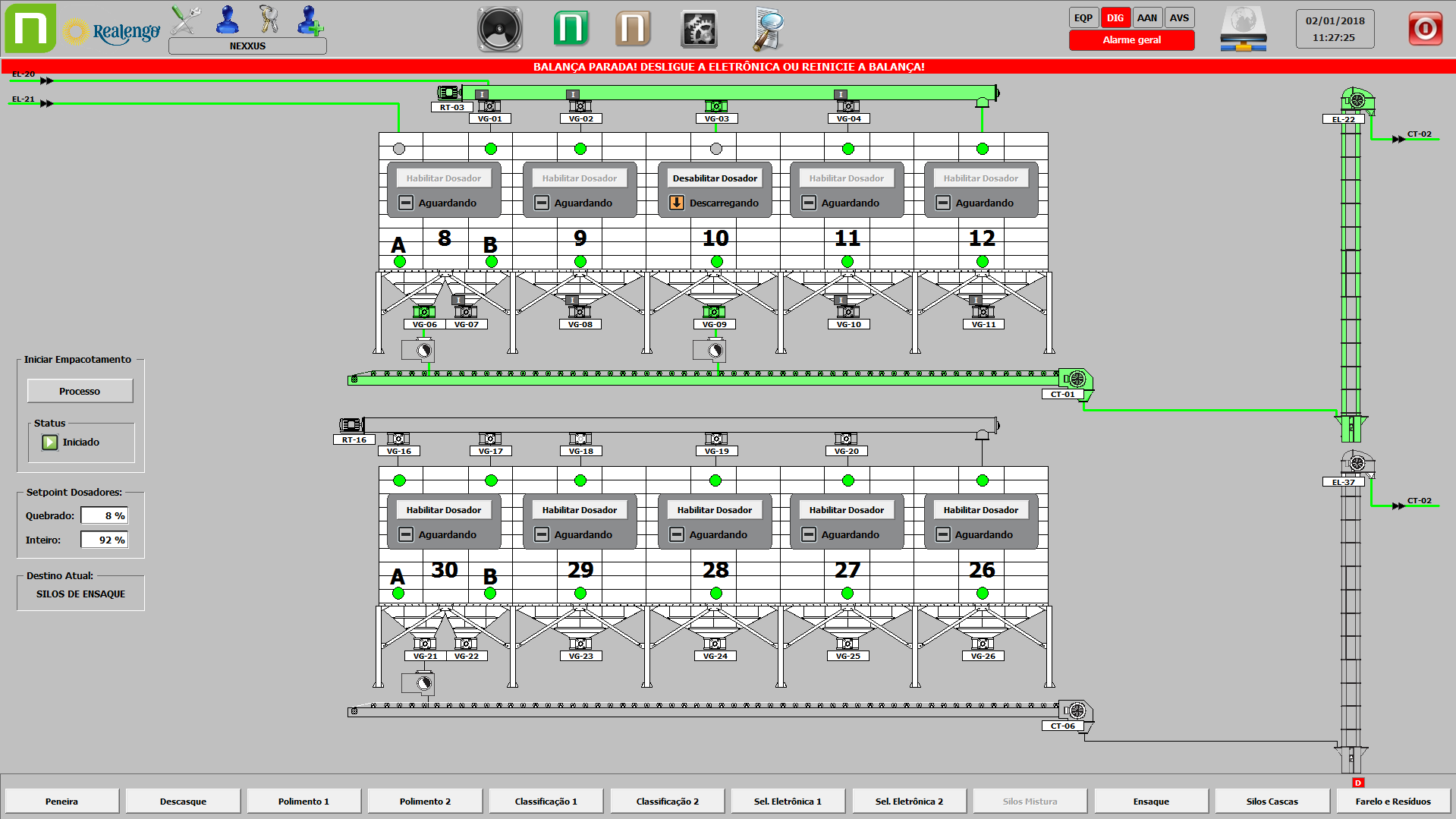 According to João Luiz Pereira dos Santos, production management at Realengo Alimentos, the adoption of Elipse E3 represents a safer equipment operation for the company, decreasing considerably the number of unnecessary stops along the process. Diego Favaro, the company’s maintenance coordinator, points out the application’s intuitive interface and its usability as highlights in the project. Other benefits are: