Remote operation reduces costs for BEI, since control via Generation Operations Center (GOC) usually eliminates the need for actual trips to the plants

Founded in 2012, BEI (Brasil Energia Inteligente) is an operation, maintenance, automation, and logistics company for electric energy generation plants. Focused on results, it offers technological solutions that keep the plants’ costs down. The company was founded on a detected demand in the market for modern professional O&M services in hydro power plants (small and regular-sized), hydro power generating centers, solar plants, and wind farms. BEI’s operations center manages 52 plants altogether (currently, the largest number of plants in any company in Brazil); jointly, these plants (50 HPP and two photovoltaic) can generate up to 376 MW in energy.

With clients in seven different states in Brazil (SC, RJ, MG, GO, MT, MS, and BA), the company provides services to important players in the sector, such as CEI, VALE, OMEGA Energia, CEMIG, and Novelis. Elipse E3, Elipse Software’s SCADA platform, was the solution chosen for automating all 52 plants due to its high quality, versatility, robustness, and easiness of application in solar and hydro power plants. BEI was the systems integrator responsible for switching from local to remote operation in this project.

The main goal of the remote operation is to assure the maximum amount of energy generation with the minimum amount of costs. To do so, the GOC features a video wall where all Elipse E3 screens can be accessed 24/7 to monitor all 52 plants in real time. Since BEI is the only developer in this project, all screens have the same graphic interface, which makes operation easier and thus increases productivity. 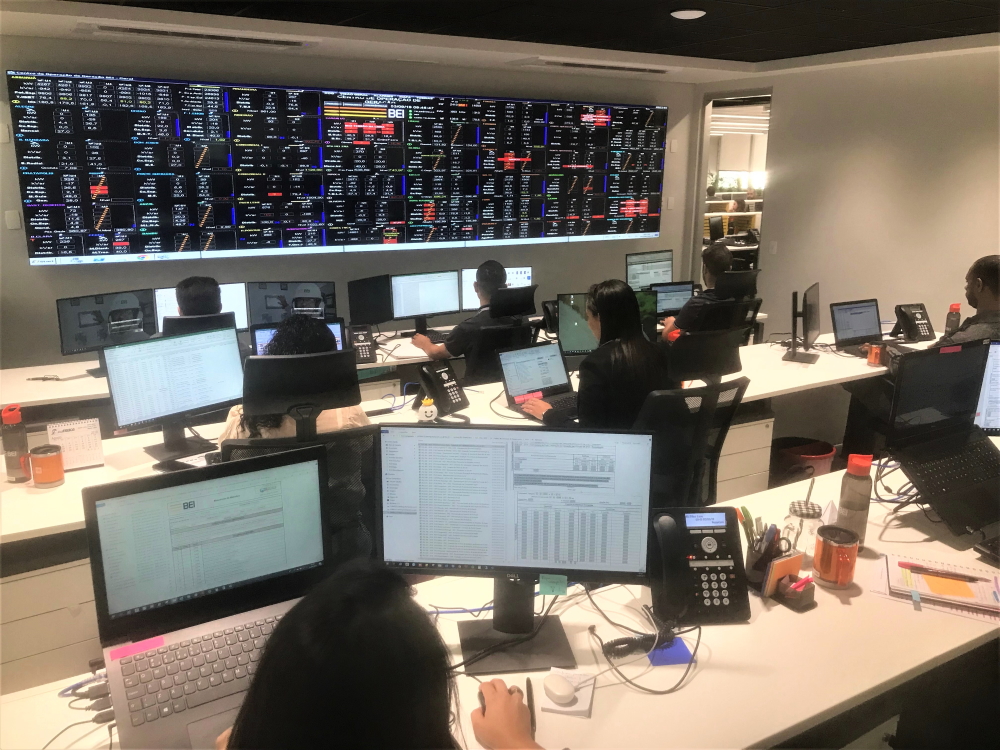 The system controls 50 hydro power and two solar plants altogether.  In the case of hydro power plants, it’s possible to follow all alarms, voltages, currents, and outputs collected next to generators, turbines, and substations, as well as to check the opening level of floodgates and the temperature of water and lubricating oil in turbines. Additionally, Elipse E3 allows firing on/off commands for generating units, turbines, and substation switches. 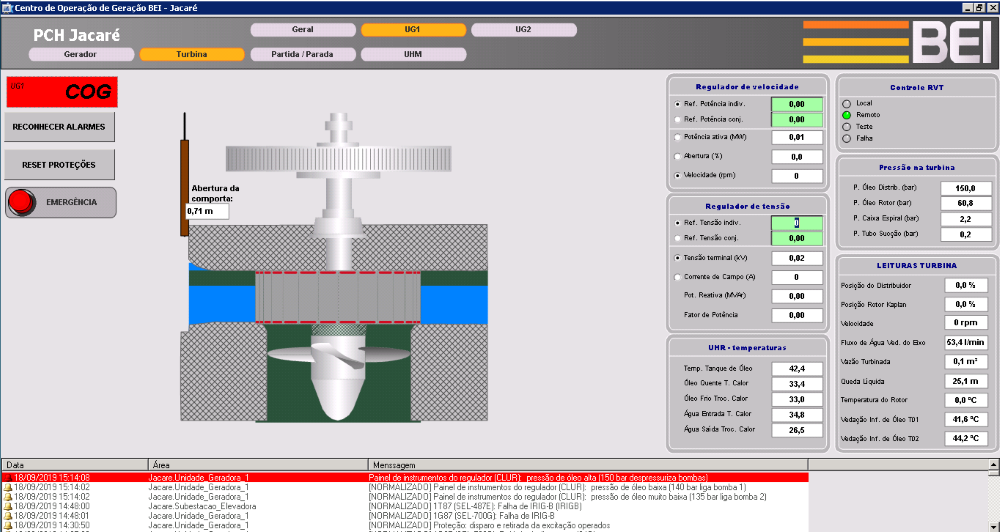 Single-line diagrams, which are simplified technical depictions of the plants’ electric system, can also be accessed via software. With them, it’s possible to open or close switches and check on outputs, currents, and voltages from generating units, in the generator engine group (GEG), and in the alternate current switchboard (ACS), as well as to monitor the downstream and upstream levels from where the water arrives and leaves the HPPs. Additionally, Elipse E3 supervises 38 hydrometric stations that send rainfall and flood data hourly to the National Water Agency (NWA). 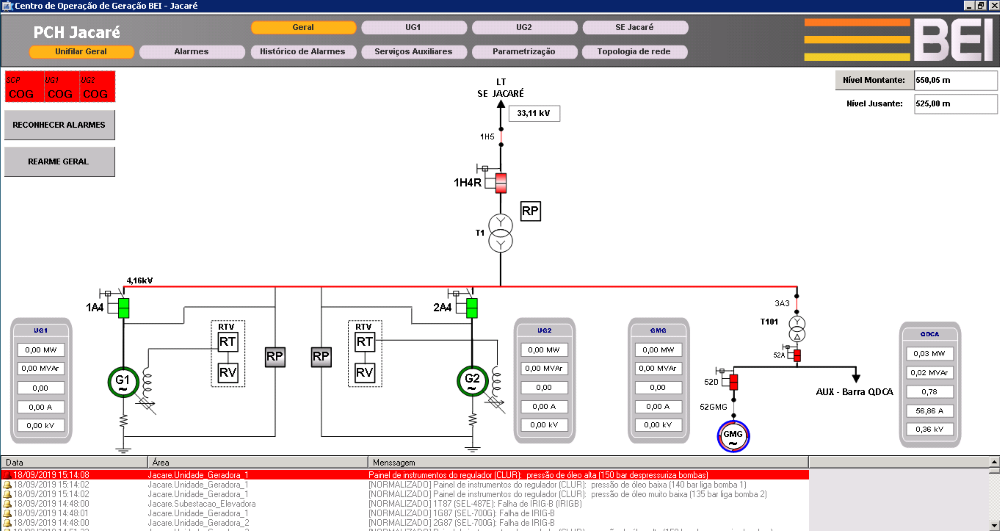 In the case of solar plants, Elipse E3 allows monitoring temperatures and inclination angles, as well as voltages, currents, and outputs measured at the inverters, which are devices that convert continuous solar energy into alternate, and that therefore are able to be transmitted. Their outputs can also be supervised graphically in the time interval defined by the operator.

Additionally, Elipse E3 allows turning inverters off in emergency situations, and supervising the currents measured in each string box, which is the protection device installed alongside a series of boards. Trackers, the engines responsible for inclining the boards according to sun incidence in order to capture more energy, are also on the list of devices monitored by the Elipse platform. In case of any problems, the software will turn their icons on the CDR table from green to red. 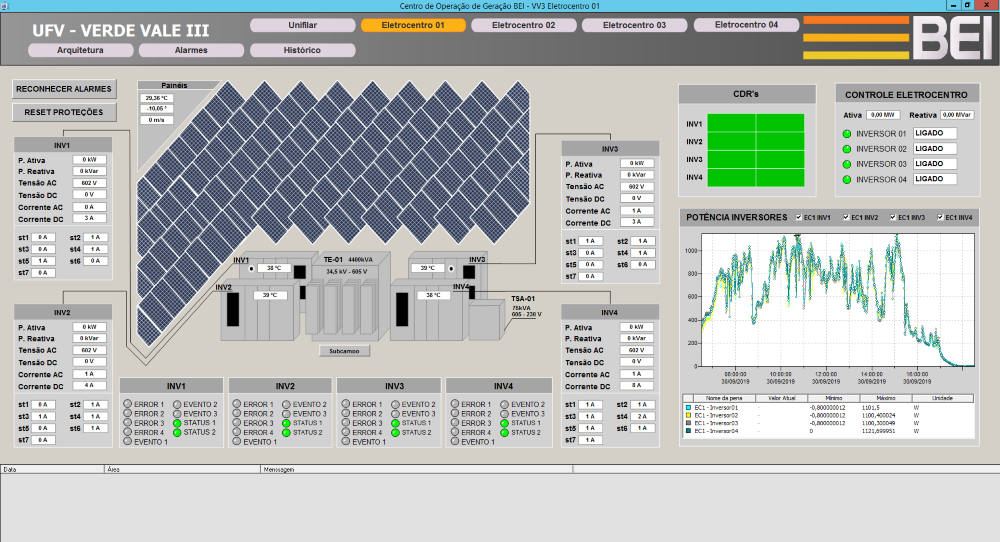 According to BEI’s Business & Innovation Director, Marcos Fonseca, the implementation of a 24-hour, Elipse-based GOC has allowed the company to go from six to 52 plants operated remotely, with 100,000 tags monitored in real time, which has boosted the company’s growth significantly. The same software is also the basis for the company’s water telemetry, a system that integrates the water metering into the real-time operation. Due to these and other benefits, BEI has already started developing a new project with Elipse E3.

“All data monitored by the Elipse platform are recorded in a database to help us develop a new 4.0 maintenance project. With Elipse E3, we are able to maintain artificial intelligence tools, and to rely on all the Big Data analysis generated. This is the innovation we want to achieve, and that is why we trust Elipse Software with our projects,” said Fonseca.