This case presents an application developed with Elipse Power to automate the power distribution of 160 substations at CEMAR: Companhia Energética do Maranhão (Maranhão's Power Generation Company) Figure 1. View from outside Companhia Energética do Maranhão (CEMAR)

CEMAR is the power generation company authorized by ANEEL (National Electric Energy Agency) to perform in the state of Maranhão. It provides power to a total of 217 municipalities; this corresponds to approximately 6.5 million inhabitants and 1.8 million customers. CEMAR is responsible for commercializing around 348 GWh/month; 46% of this consumption is absorbed by residential customers, 10% by industrial customers, 20% by commercial customers, and 22% by other types of consumers.

Aiming at better managing part of its distribution network, which is responsible for supplying power to 145 municipalities (67% of the total area served by the company), CEMAR decided to use the newest technology developed by Elipse Software for the market: Elipse Power. Currently, this solution is in full operation at the System Operation Center (SOC), controlling 160 substations, 106 switches and 165 reclosers. In order to centralize their actions, CEMAR decided to install the system at the SOC, located at the company’s headquarters in São Luis (MA).The operators have access to all Elipse Power’s screens via three different computers. These screens allow controlling the alarm system, which is responsible for alerting operators whenever an occurrence is detected in one of the 105 substations being monitored.

For example, if there is a failure in any substation’s device, the system triggers an audible alarm and displays the time and place of the occurrence in red at the bottom of the screen. However, the occurrence needs not only to be acknowledged, but also to be corrected via a series of actions that can be performed remotely by Elipse Power. Figure 3. Renascença substation’s screen. At the bottom, table displaying the occurrences found in the system

With Elipse Power, it is possible to perform commands that open and close switches, circuit breakers, and reclosers, and also to enable or disable reclosing or neutral functions of reclosers. The software also supervises the state of transformers in real time, by monitoring the currents on the sides of high and low voltage, differential currents, winding and oil temperatures, alarms, and the firing of intrinsic overcurrent protection. The device’s ventilation is another one of the functions being monitored.

The capacitor banks (devices that prevent voltage and power breakdowns on the network) are also controlled by Elipse Power. It is possible to control the bank’s circuit breaker via screens, allowing the device’s input or output in order to either connect it or disconnect it from the circuit. Figure 4. Screen displaying the most frequently used commands that can be performed on recloser 21C1

In addition to these features, a screen was developed for monitoring the status of the telecommunications network, from headquarters to the substations, which detects any network device in failure (switches, routers, converters, etc.). Thus, it becomes possible to diagnose problems more quickly, and to act faster to recover the communication system. Figure 5. Screen displaying the whole telecommunications network, from the application to the substation

The sheer amount of communication devices on a distribution network is usually very high; this is why failure detection via ping tests only, with no graphic reference to the issue at hand, can burden both the detection period and failure resolution. With these needs in mind, a management system for the communication network was developed based on the SNMP protocol and integrated to Elipse Power.

The SNMP protocol was chosen due to its large scope and its widespread use in communication network management. Benefiting from the support provided by Elipse Power to this protocol, the management system is integrated to SCADA and features data and graphic libraries, as well as easily developable screens, which greatly improve its design. 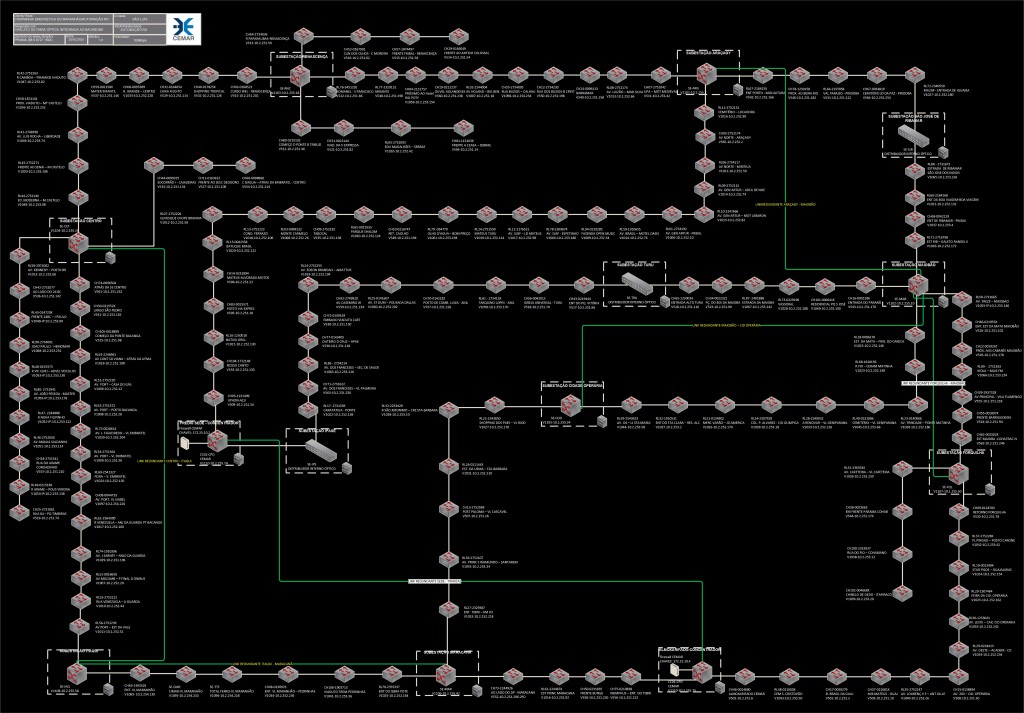 On the main screen, each device can signal three different actions: failure in port, no communication, and blocked for maintenance. 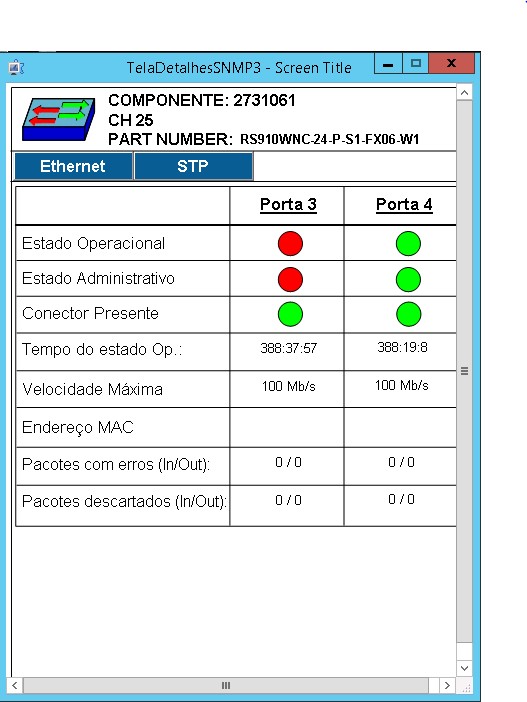 Figure 8. Detailed view of one of the distribution network’s switch device

Detailed data such as current state’s time in each port of the device, maximum speed, and errors in STP packs and data can also be retrieved via the available interfaces. The software also allows the maintenance area to access any screen, either by phone or by a computer located outside the SOC. To do so, the user must simply log into CEMAR’s server, according to the company’s IT access policies, and access the Elipse Power application with their login and password on the Internet.

“The system has become more reliable. Due to this tool’s great flexibility, we can develop new modules that were not considered viable before Elipse Power. Nowadays, we can develop applications that are 100% adequate for our needs”, said Ronnie Santiago Loureiro, Equatorial Group’s automation executive.

Since December 2014, CEMAR has been using the centralized Self-healing system also developed by Elipse, in order to automate the São Luís power distribution network. The equipment used in the recently implemented Self-healing module is located in Maranhão’s capital city urban area with 81 feeders and 100 reclosers. These devices were installed according to their specific pre-operation areas in three circuits, maneuver criteria, and load sharing. The Self-healing module uses algorithms such as Load Flow and Topological Processor to detect the best set of maneuvers to be performed remotely; the priority is to reestablish as many loads as possible in a safe and stable way. The system starts acting whenever a reestablishing or overload event is detected in the field equipment. Once detected the event, the module researches maneuvers sequences that comply to the network’s operational limits, in order to reestablish loads with as few maneuvers as possible to simplify the operation and avoid active devices degradation.

As soon as the maneuver to be executed is detected, the module matches the protection settings group in each device so that the selected ones can be opened or closed as needed. Then, it checks the quality of the considered information. If there are any inconsistencies in the current status or a pre-outage in the distribution network, this action is aborted.

Each device has its own measurement, which indicates its availability to participate in the solution or to generate a recomposition event. Additionally, reestablishing and overload events are configurable, which guarantees they will only occur in a timely manner, such as at the end of a protection device’s reclosing cycle or some time after an overload is detected, for example. Self-healing’s simplified flowchart is presented below. The chief difference of this tool is its ability to integrate with GIS (Geographic Information System) and OMS (Outage Management System) systems. This integration allows using the company’s pre-existing electric model, and also retrieving the switches’ current status with no remote control.

On February 3, 2015, the Self-healing system was employed successfully for the first time: after constant protection of 11C1 breaker (Feeder 1) at IAQ (Itaqui) substation, the device finished its reclosing cycle and went on lockout due to a tree on the network. This caused the technology to isolate the segment between 11C1 substation’s breaker and 2752239 pole’s recloser, thus recovering the de-energized zone via 11C5 feeder (Feeder 5), also from IAQ substation.

In this occurrence, the services of 9,463 out of 9,756 clients from Feeder 1 were recuperated in less than 10 seconds: it took the Self-healing system 132 milliseconds to calculate the sequence of maneuvers to be executed, the 2752239 recloser five seconds to confirm the opening command, and the 0016659 recloser another five seconds to issue its closing. In short, it took no more than 10 seconds to isolate the fault and recompose the de-energized circuit. In addition to the time saved in partial load recovering, this tool has also enhanced the operation and maintenance resources quality, since the real-time dispatcher had to send the field teams to cover only the defective segment (between IAQ substation and 2752239 pole). With this technology, CEMAR has achieved increasingly better numbers at the continuity indicators in the area served by Self-healing, since it can automatically calculate and execute the best set of maneuvers to be performed on the network to reduce dramatically the number of loads affected by power outages.