Elipse Software, a global software developer specialized in solutions for real-time management of industrial processes, have just released the newest version of their supervisory platform. Elipse E3 5.5 features new pre-defined user fields, with new types of alarm severity, which can be filed or deleted; all these new features comply with security standard ISA 18.2. 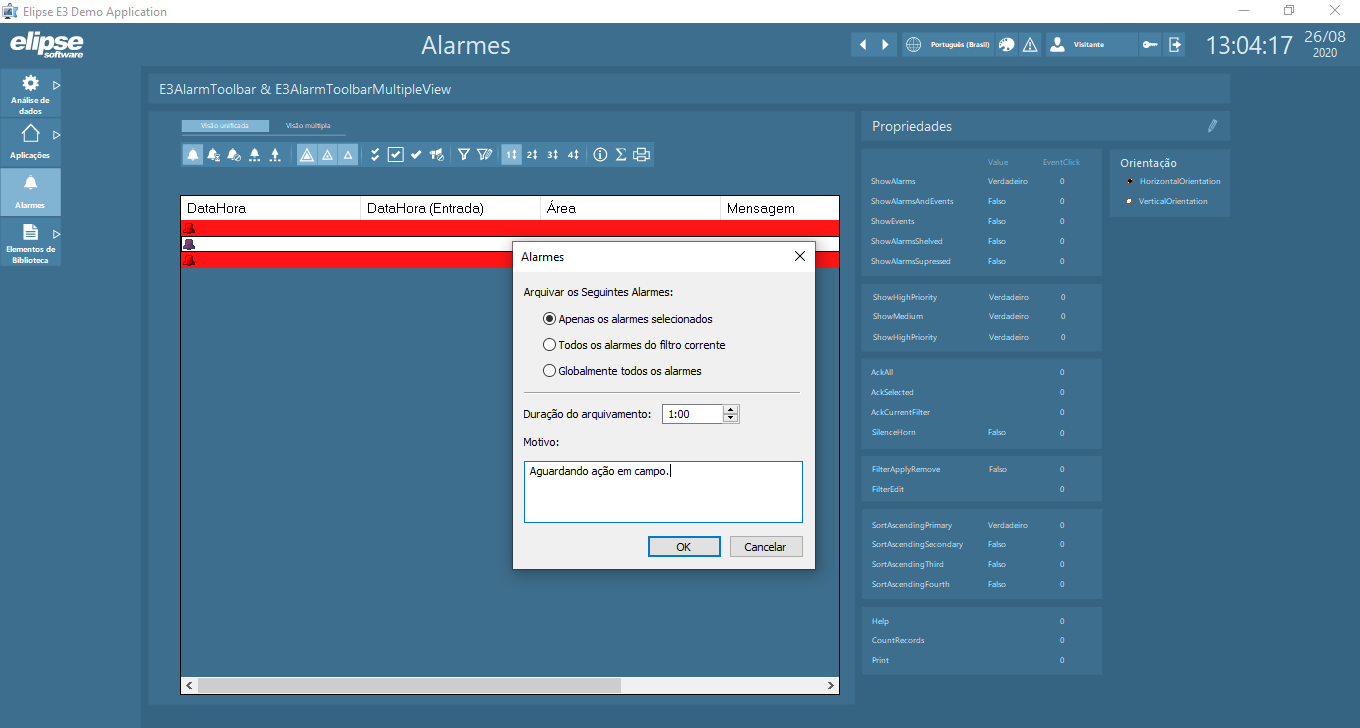 This new version also allows the user to access all sorts of information about the software’s server. For example, they can monitor whether its hardkey was acknowledged, or if Elipse E3 is on demo mode or activated mode, both in local and remote servers. It’s worth mentioning that the new demo application was developed with High Performance library (ISA 101).

Browsing between previously opened screens was made easier in Elipse E3 5.5 due to its new methods and properties. Additionally, the new version’s performance was optimized for remote domains, viewers, links managers, and assembly of REC packages (communication protocol used by Elipse E3), as well as in the tag browser of drivers with several tags.

For further information about these and other new features of Elipse E3 5.5, please refer to the software’s release notes.