ENGIE is Brazil’s largest private electric energy producer, with a diversified generation complex and installed capacity of 7,609 MW (coming mostly—90% of it—from clean, renewable sources of it), which represents roughly 6% of the country’s capacity. Since 2005, ENGIE has employed Elipse E3, a software solution developed by Elipse Software, as its data acquisition system. In 2015, the company applied the solution to develop its SOC (System Operations Center), and, a year later, its GOC (Generation Operations Center). 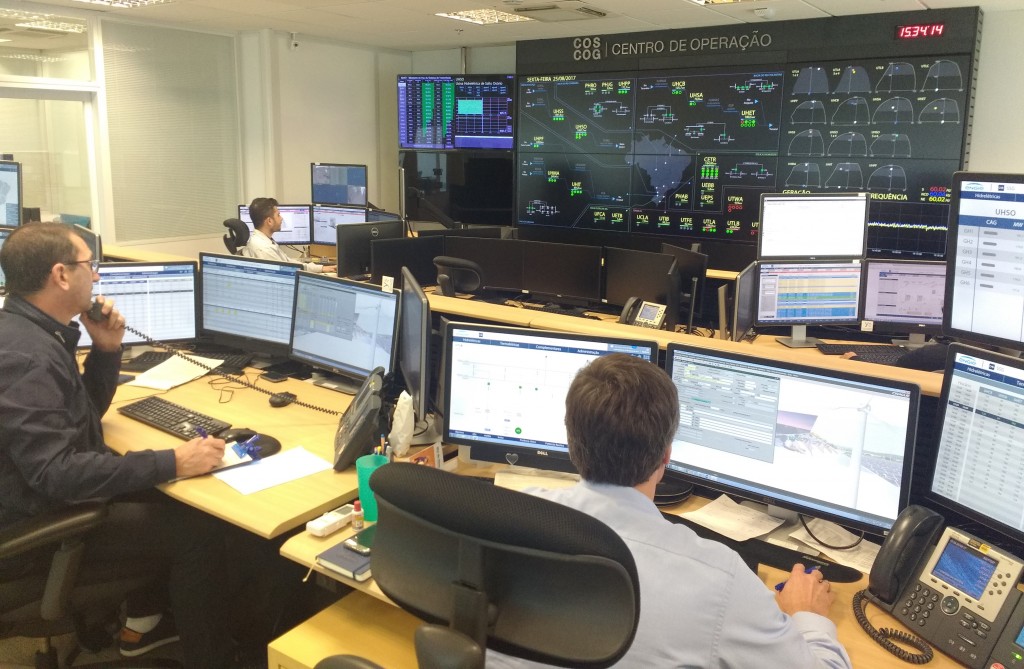 According to Alan Bronaut, ENGIE’s Systems and Production Engineering Coordinator, the quality and readiness of the supervisory and control sources provided by Elipse Software are crucial for the remote operation’s reliability. The company’s support team’s agility is another key factor for maintaining and expanding the system. These aspects were instrumental in ENGIE’s decision of adopting Elipse E3 as the SCADA software for the company’s SOC and GOC.

Although they work differently, both the SOC and the GOC share the same environment and IT infrastructure; for security purposes and as part of the expansion strategy, the applications are segregated. The customized solution for both centers is called GSS (Generation Supervisory System), and was developed with Elipse E3 as its SCADA software.

The GSS-SOC is responsible for the operational dispatch from all of ENGIE’s plants. The GSS-GOC, on the other hand, is employed exclusively to control the following plants: UHE Ponte de Pedra (UHPP), PCH Rondonópolis (PHRO), PCH José Gelázio (PHG), UHE Cana Brava (UHCB), UHE São Salvador (UHSA), and, as recently as December 2017,  UHE Passo Fundo.

Designed with high-performing HMI concepts, the software allows supervising and controlling the plants’ generating units, as well as monitoring the operational limits of their turbines and generators. The water reservoirs can also be supervised by Elipse E3. 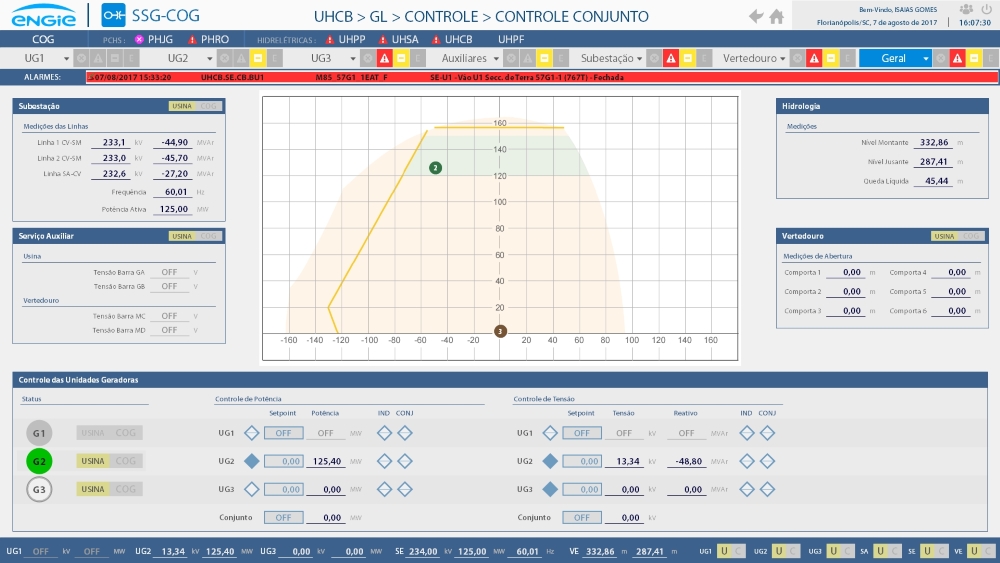 The software also controls the plant substations’ voltage, current, breakers, and sectionalizers, as well as the devices from their support systems that are fed with alternating or direct current. Additionally, Elipse E3 allows monitoring and commanding pumps and valves that compose the turbines’ and generators’ drainage, sewage, exhaustion, and ventilation systems; this keeps their engines from overheating which would therefore damage the system. 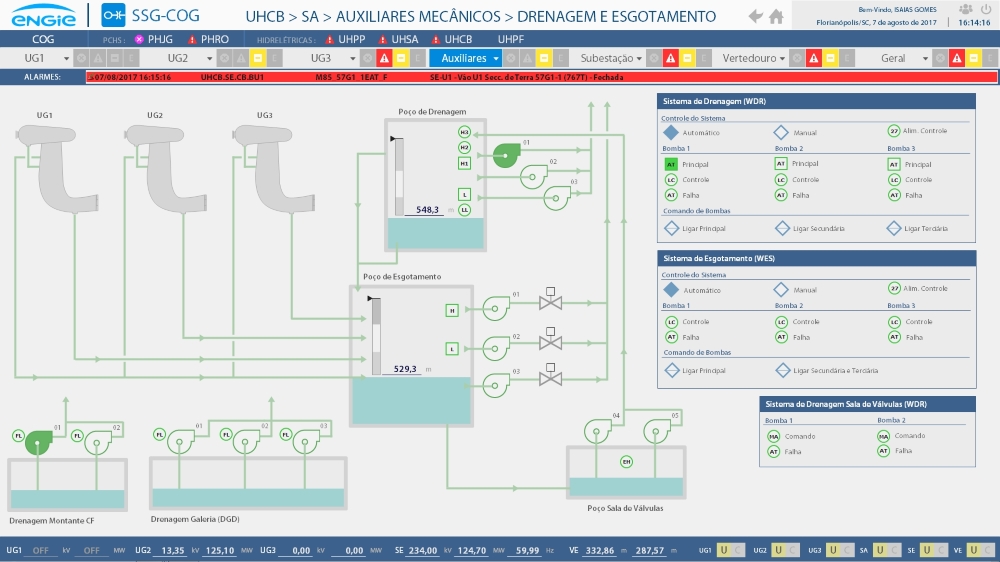 The software also displays the temperature of the stators’ windings and slots. Thanks to this control, the operators can keep these devices from overheating and then damaging the equipment. 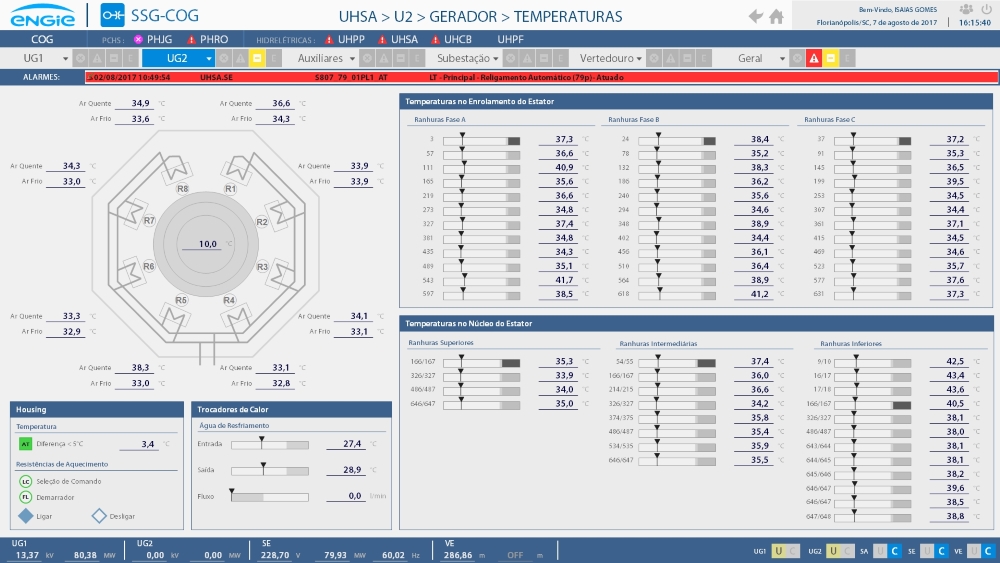 To further reinforce these preventive measures, the Elipse E3 displays all data pertaining to the plants’ protection devices, thus avoiding issues such as short-circuit, over voltage, and overcurrent. Pumps, valves, filters, and other heat-exchange devices are also displayed and monitored by the software. Finally, the solution is also the responsible for controlling the plants’ excitation system via the display of the terminal voltage of generators. 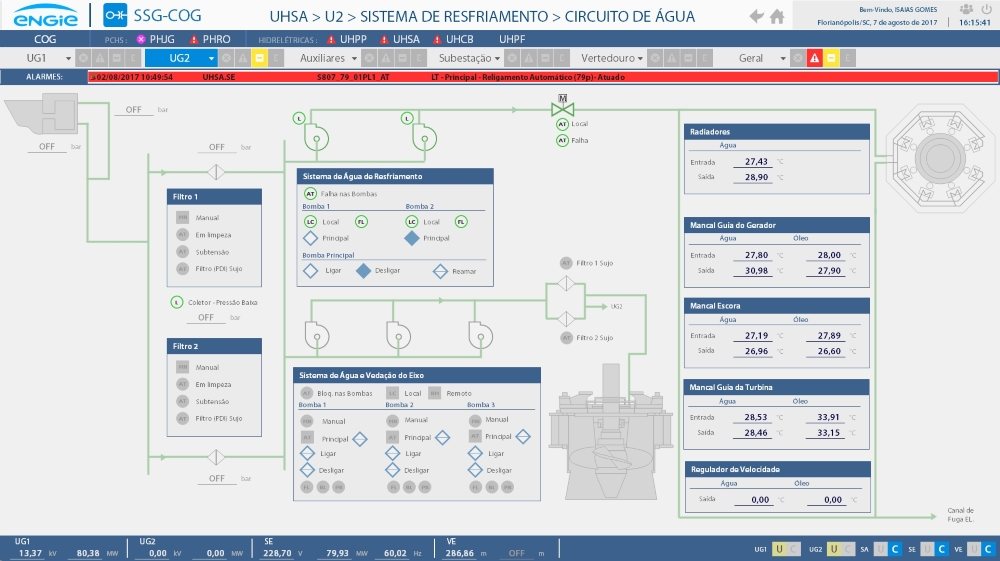 Number of licenses: 2 in the GOC and 3 in the SOC